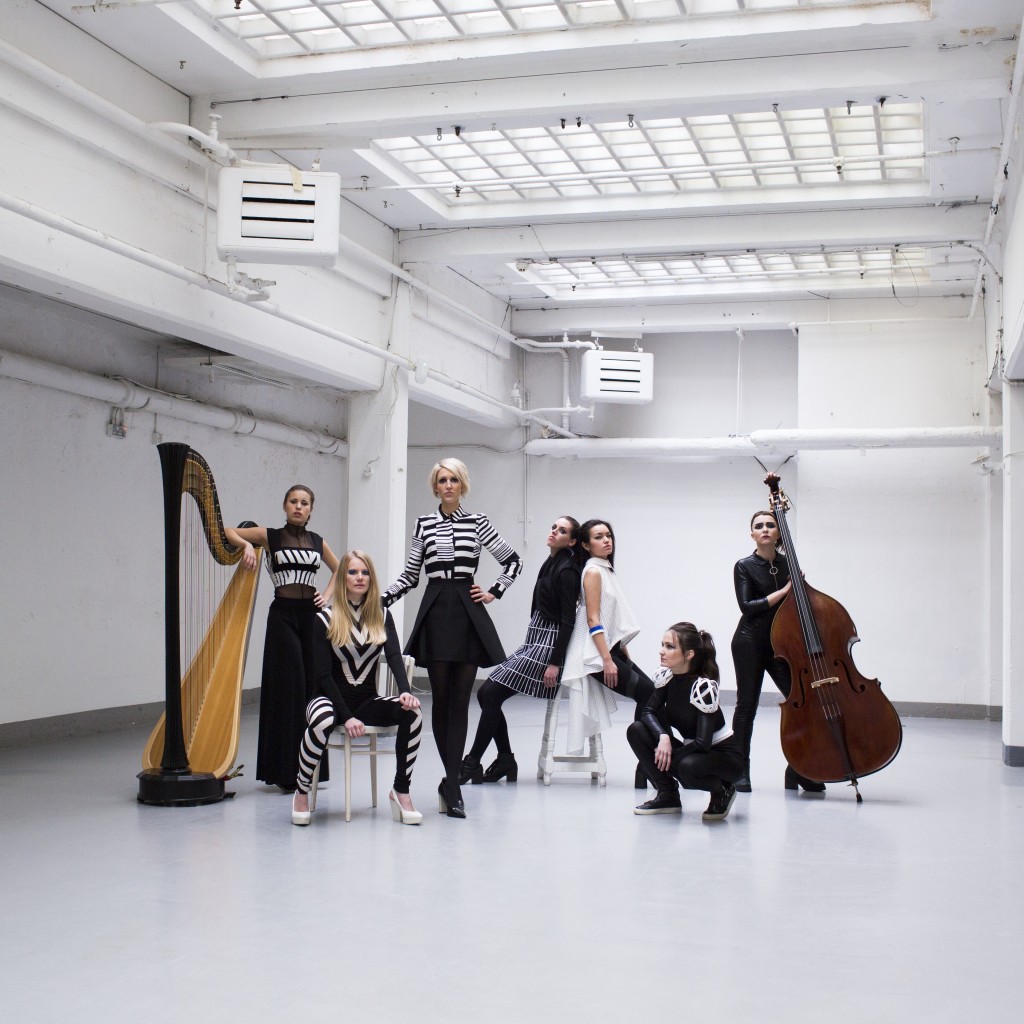 The group has created a buzz with appearances in a wide range of settings, including the Roundhouse, the Royal Albert Hall, The Jazz Cafe, and the National Gallery in London, (le) Poisson Rouge (New York), The Old Town School of Folk Music (Chicago), Heart Ibiza, and at festivals including Latitude, Bestival, WOMAD, Wonderfruit in Thailand, and Festival No 6.

Kate has an ongoing classical-electronic project with UK house producer Jamie Jones, called Opus 1, which was launched with their single ‘One Time Game ft. Jem Cooke’ in 2015.  The duo since produced a track for Katy B, and debuted their full-orchestra electronic-hybrid show the 70-piece Colombia National Symphonic Orchestra in Bogota in December 2016, in addition to several US and European dates in the years since.

The core LEO ensemble features Valeria Kurbatova on harp, Kamila Bydlowska on violin, Davina Shum on cello, and Alex Marshall on cello and vocals.  Named one of Chicago’s “Top 10 DJs” by XLR8R Magazine, Kate has performed clubs and festivals around the world.